The Die Hard Pinball Team Challenge League (DTC) is a CASUAL competitive league, with an emphasis on getting out for a night to play some pinball with a group of friends and having a chill time. It’s an excellent format for all skill levels and ages. Its emphasis is on fun, teamwork, and team competition.

The DTC is a coed team pinball league that is played at Arkadium Retro Arcade in Sherwood Park, AB. The games will be played on one Thursday each month (July/August will be a break). Each team scores match points based on the results of the individual pinball games anywhere from 1-4 points on each game. Each night two matches will be played, each match will consist of each player playing 5 games. At the end of each set of games the team with the most match points records a match win, while the other team records a loss, there is also a scenario where the teams can tie. League standings are based on a simple win/loss/tie record. The final league night will involve playoffs with teams in a single knockout format. The top three teams at the end of the year receive end year prizes. 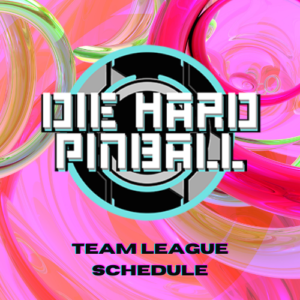