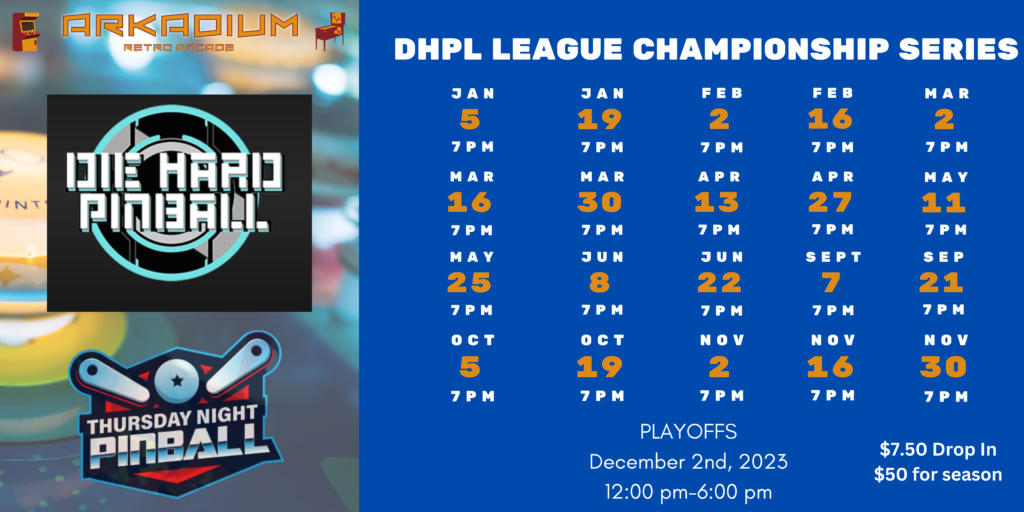 Arkadium Retro Arcade has partnered with the Die Hard Pinball League (DHPL) to run the biggest pinball league in the greater Edmonton area and one of the biggest in Canada out of our facility. The league is sanctioned by the International Flipper Pinball Association (IFPA) and gives World Pinball Player Rankings (WPPR) for each league night of participation. These points accumulate to determine the top 16 players that represent the province in the Alberta Provincial Pinball Championships, the winner then get a chance to represent the province at the IFPA North American Championship Series

League nights will run every second Thursday @ 7:00PM sharp. A $7.50 ($15 for IFPA ranking < 1500) league fee is required for drop in play (this is exclusive of the entrance fee). There are seven rounds of group match play and the top 8 players from that night will battle to determine who wins on any given night. WPPR points from league nights are accumulated over the scheduled events each year and a final playoff night is created to place individuals in their divisions. There are cash prices and awards for those that place in the top 4 in A & B divisions and awards for those that place 1-3 in all other divisions.

The league is setup for all skill levels but limits to players over the age of 12, however, exceptions can always be made, please contact the DHPL for exceptions. The league also limits each night to a maximum of 64 players a night so show up early and often for a chance to play!!! 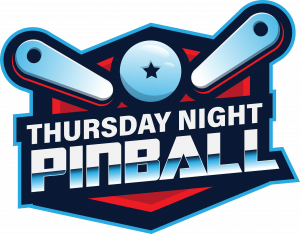 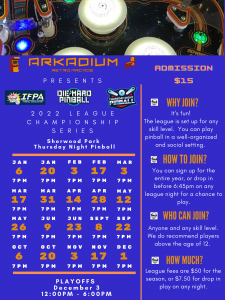 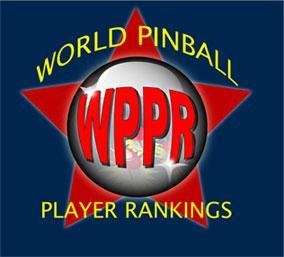